LIVETOUCH QUATTRO, world’s most modern tenprint scanner by JENETRIC, was selected by the German Federal Police to equip the borders as part of the European Entry and Exit System. 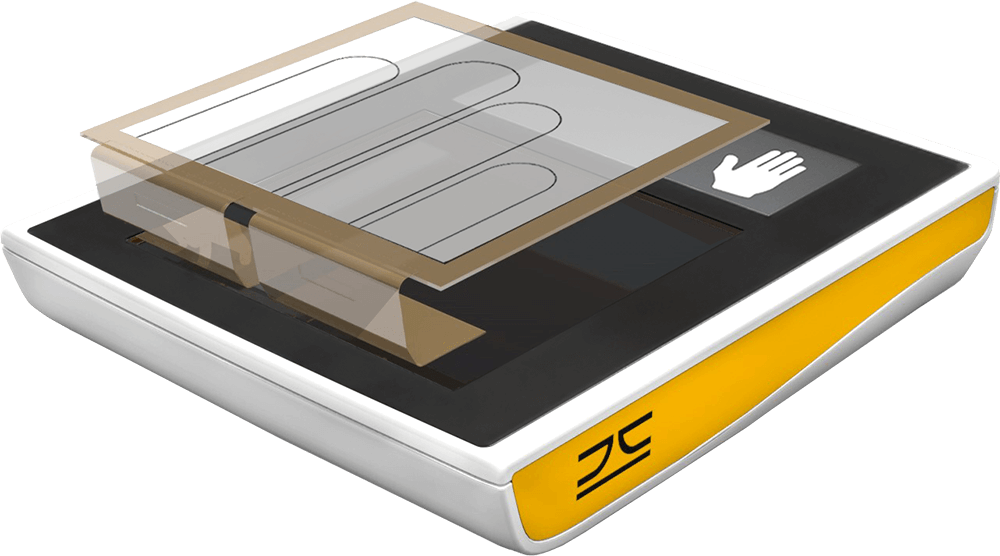 In order to implement the "border control of the futursmart border " and to introduce the European Entry and Exit system, the German Federal Police decided to comprehensively expand its capabilities for collecting fingerprint data as part of its border police tasks. This includes the technical modernisation of biometric-based border control and is seen as an important signal for the further expansion of mobile applications. A standardized and consistently high image quality of fingerprints is a prerequisite for sovereign enrolments anytime and anywhere and for the successful comparison of fingerprints by border control authorities.

The widespread use of tenprint scanners at the external borders of the European Union is a compelling technical prerequisite for the future European Entry and Exit system. It is crucial that the fingerprinting of non-EU citizens does not delay border controls.

LIVETOUCH QUATTRO combines unmatched ease of use with high quality fingerprint images. The integrated display provides helpful feedback before and during fingerprint capture, ensuring that any user, regardless of its level of knowledge, language or culture, can capture fingerprints quickly and accurately. Last but not least, its extremely compact size and attractive design allows easy integration into various border police capture systems.

"The acceptance of biometric applications is highly determined by the user-friendliness of the systems. Therefore it plays an important role that the devices interact actively and in real time with the user. In our case, the user is told, in a very simple manner, where, how long and which fingers to place and when the process is finished," says Roberto Wolfer, one of the founders and CEOs of JENETRIC. "We are pleased that the German Federal Police has taken this aspect into account and that our devices are now being used at all airports in Germany.”

In total, the modernisation of German border controls includes a multi-year framework contract for the installation of 1,700 fingerprint scanners, with more than 900 units to be delivered by 2019.

LIVETOUCH QUATTRO and further JENETRIC products will soon be presented to authorities and potential users at international conferences of border control authorities in Vienna, Bucharest and Washington D.C.

JENETRIC, with offices in Germany and the USA, was founded in Jena, Germany in 2014 by a multidisciplinary team of hardware and software specialists with many years of fingerprint recording experience. The company pursues a holistic approach to product development that is clearly oriented to customer requirements - with the ambitious goal of improving living and working conditions through the use of biometric systems.